That’s where I came from: a cave of stone with
jagged edges, its belly dark and dank; joined to
earth’s boiling bowels.

One day, they say, out of this cave
our ancestors emerged; out they marched
in groups, tribe by tribe.

First came the Sailo tribe, with bearing proud
their faces grim, set with intent to reign,
that will no resistance brook.

The Luseis came in sight, their lordly stride
and genial mien a courtly role portend.
Their dialect rules the roost, unites the state.

The Lais appeared a humble lot at first
yet eyes belie a fearless warlike race
who fight to the death and know no flight.

The Hmars have magic in their blood;
to rule or conquer not their aim,
shaman they were to play a priestly part.

At last surfaced the Ralte tribe
with cheery chatter, merry clatter
they filled the cave with jolly din.

The first-come tribe, who claimed superiority,
curled their noses at such frivolity,
decided it must end.

They commanded all the tribes
to shut the cave-mouth and at once!
before more noisy crowds advance.

And so they took a boulder huge
they closed the cave – a heinous deed!
shut their brothers in, denied them daylight.

Last night I heard the wind outside - Zualteii Poonte


Last night I heard the wind outside
struggling to break
free from the trees.
It stretched and pulled at
branches and leaves that
wouldn't let go,
and snarled and howled
for freedom.
This morning, all around me I see
scattered debris
of its profitless fury
vented on twigs and
new-born Mayflowers
trampled and crushed in the rain.

The trees today stand
unmoving and silent
and the wind, like a
beaten adversary,
subdued and stilled
within them.
Perhaps it's at rest
in the roots
of the trees
like the spirits my ancestors
once worshipped. 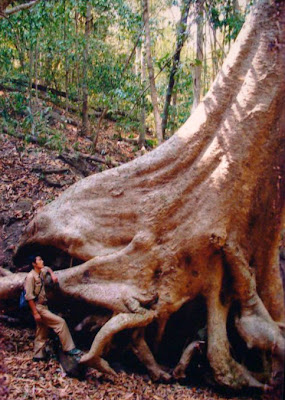 Zualteii Poonte  is the owner of this blog. She teaches English literature at Aizawl College and is a keen amateur photographer.